Adequately Advanced Magic is set in the city of Falcon's Reach, a city in which magic is mass produced for everyday use.

Single-cast spells, known as MagiTech, are powered by compact crystals of magical power known as Magetite. While MagiTech has led to advances in technology and worldly comforts for some, it has also created a drastic divide between the haves and have-nots.

Some of the old world remains. Monsters have adapted to their new urban surroundings and some have become surprising adept at survival. Meanwhile, those who are innately gifted with the ability to cast natural magic are even more rare as compared to the past, with much of the knowledge of how magic works either forgotten or carefully hidden.

Falcon's Reach is dominated by five corporations. The central one (both literally and figuratively) is Solstice Industries, which focuses on MagiTech. FalcoCo focuses on energy and Magetite; JYMO on food and water; Wolf News on entertainment; and Valdivian offers security.

Each of the corporations is led by a Chief Executive Dragon (CED), with one exception.

The outskirts of the city -- East and West Overia -- are especially impoverished. Even then, living inside the city does not guarantee any better quality of life.

By some standards, the transition from the high-fantasy medieval era was not so long ago. Some residents with longer life spans can recall the days when magic was much more rare. 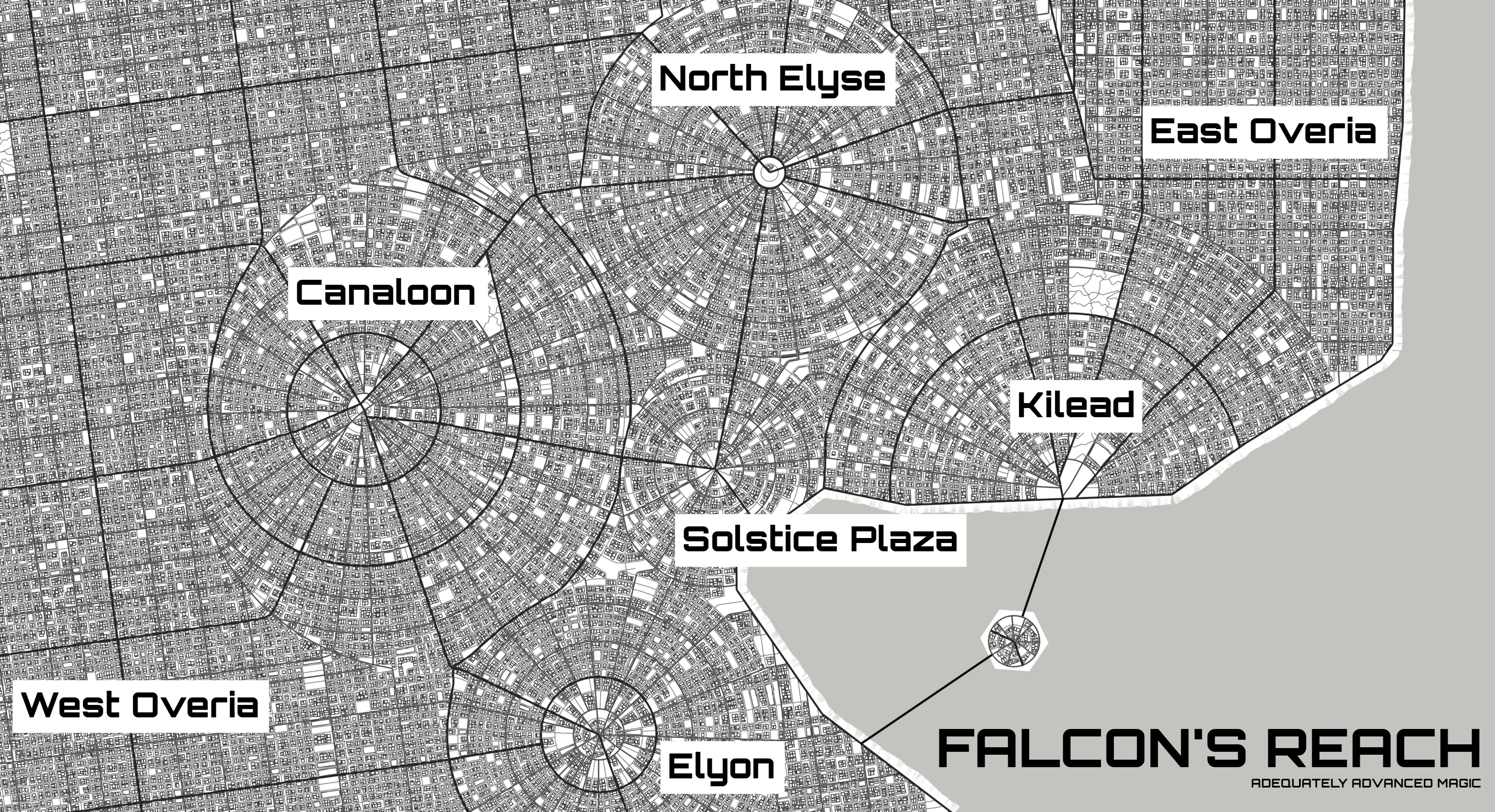 Our Instagram uses icons from game-icons.net under CC-BY-3.0 by authors Lorc, Delapouite & contributors.

Joey Cheng is a news editor typically covering explosions and other unsavory things. In his free time, he enjoys inserting as many cats as possible into his D&D campaigns and punishing his players with never-ending loops of Final Fantasy soundtracks. Joey is the DM/Creator/Editor of Adequately Advanced Magic.

Jeremiah has been playing D&D since middle school, which is longer than he cares to remember. Someday, he'll play the dwarven fighter riding a triceratops that he's always wanted to. Jeremiah plays Hyrkir, a half-orc druid, in Adequately Advanced Magic.

Willy is playing D&D for the first time, and he hopes to explore the relationships between technology, superheroes, and power. He is also interested in creating a character and watching the character grow while being that character. He takes game notes on a computer and uses DnDBeyond to help him figure out his modifiers, so you may hear typing and clicking when he speaks. Willy plays Jack, a human fighter, in Adequately Advanced Magic.

Mitchell is a long-time D&D player (though not as long as Jeremiah) and video game enthusiast. He enjoys failing to git gud at Dark Souls, ruining Joey’s (non-podcast) campaigns with his ridiculous rogue skill-checks, and creating fun characters to role play. Mitchell plays Seirys, a half-elven paladin in Adequately Advanced Magic.